Darcy and I finished up the chicken coop last weekend and moved the little punks out there. Thought I’d share some photos, they seem to like it, but aren’t big on using their little ramp, it may be a bit too steep for them. 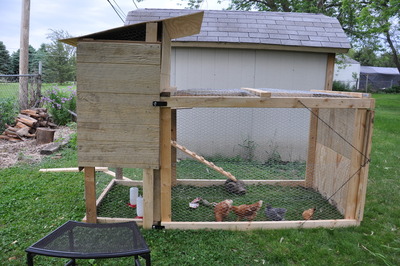 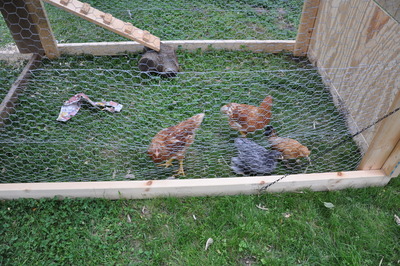 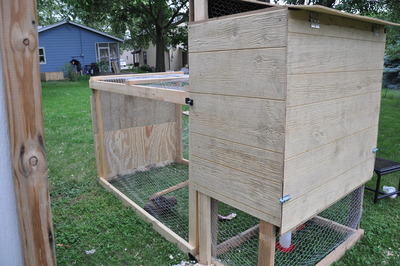 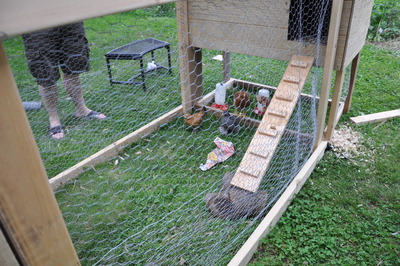 So last night I hacked up possibly my favorite project either. The Konami Unicorn Blitz.

This sprang out of a post I saw on Boing Boing about their new keyboard shortcuts.

“Reminder! You can now jump between posts on the front door of Boing Boing by hitting J and K. It should work on most browsers. Any similar UI requests? Under consideration: L to go to the next 30 posts; and the Konami Code to trigger a unicorn invasion.“

So I implemented it, it wasn’t hard just a matter of finding all the pieces and gluing them together.

You can try it on this site, right now. 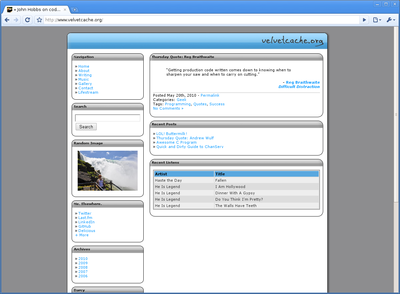 Before The Konami Code 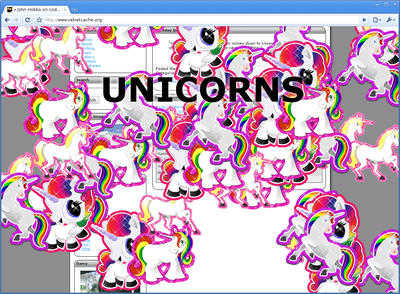 After The Konami Code

“Whilst premature optimization is the root of all evil, salve if you are going to optimize then it should be guided by a tool rather than your intuition…”

“Getting production code written comes down to knowing when to sharpen your saw and when to carry on cutting.” 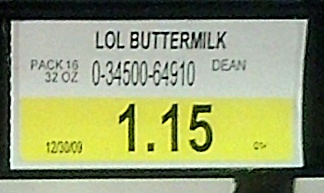