I’ve been toying with random numbers recently (more on that another day), and one of the things I wanted to do was find a way to visualize the bits I was generating. The simplest way I could think of is a big bitmap, with each pixel representing a bit and a 0 being white while a 1 is black.

This is an example output of what I came up with, it’s a sample run of the first MB of a zip I had laying around. I recommend a click through for the full sized version, it got blurry when I downscaled it. 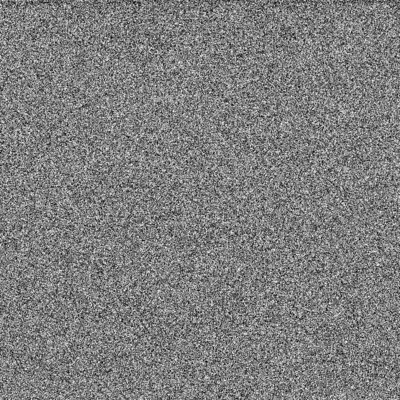 I chose PHP for the task as I didn’t have the time or energy to learn an API in any other language, and I already knew the PHP commands. Here is the source for your perusal. The only tricky bit is accurately reading a byte of raw binary data from file (pro-tip: unpack is essential).

Here are some more data sets: 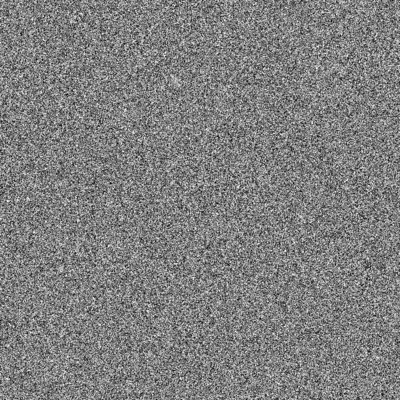 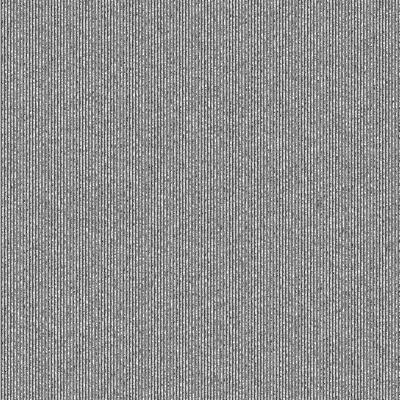 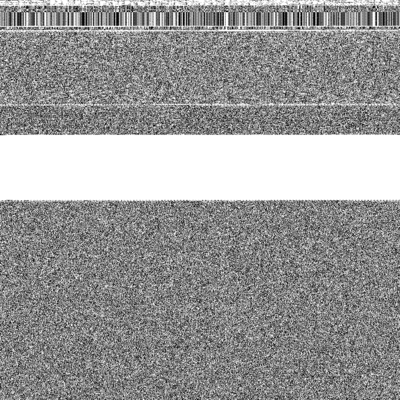 This photo of a peep spider 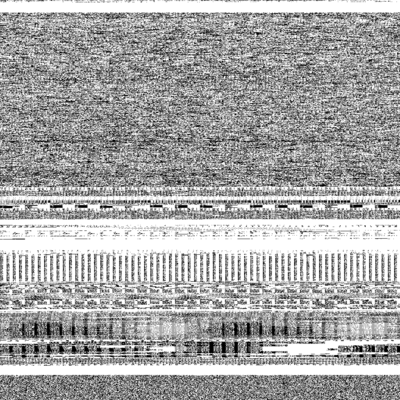